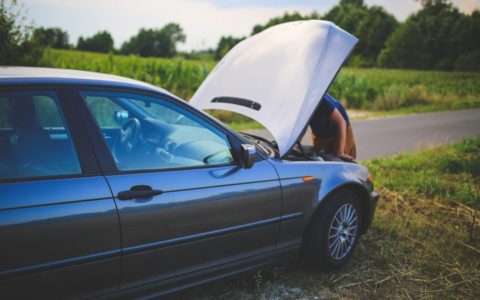 “All things appear and disappear because of the concurrence of causes and conditions. Nothing ever exists entirely alone; everything is in relation to everything else.” – The Buddha

The first car I ever bought was a used 2000 Oldsmobile Alero at the age of 32 in 2001. There was frantic searching the newspapers that weekend! I had just moved home days before, hauling my six years’ worth of stuff I had accumulated from dental school, residency and my first job as a dentist. In NYC I had no need for a car, but now that I had come back to Chicago and been hired part-time at two general dental practices about 40 minutes apart from each other, I had no other way of transportation.

Three months later, I found myself stalled at the base of an expressway ramp on my way home from a family party. It was about 11pm, and the area was not the safest. Fortunately after a time I was able to start the car again and drive it home. Unfortunately this began to happen sitting at a red light, or in Park, or at a dead stop during rush hour. After the third event I brought it back to the dealership. They told me it was a bad alternator and replaced it for nothing, since the car was under a six month warranty. The problem continued. The second place – closer to home now that the car was no longer under warranty – also told me the same thing, except that the dealership had replaced it with a used alternator, also probably faulty. My Alero got its third alternator under my ownership. When it happened again about two weeks later, the same mechanic told me it was now a faulty line leading to the alternator, and that it was shorting the alternator, thus the car’s need for a new one. He put in another used alternator and told me to go buy another car immediately, which I did later that day. I barely had the Alero for a year.

Donald Berwick, former Administrator of the Centers for Medicare and Medicaid Services, states “Every system is perfectly designed to get the results it gets.” However, what if one part of the system is not being taken care of, eventually not working properly? All cars need a fuel source in order to work, whether it is gas or electricity. All humans need nutrients as their fuel source to function mentally and move physically. Every car needs an oil change, whether at 10,000 miles or after 90 days of use. Every human body needs sleep to rest and rejuvenate. The foods we put into our bodies truly reflects how our bodies work. How our bodies run is also reflective by how they are being maintained. For example, our mouths have direct access to fuel and maintenance. For most, the mouth is the source of food intake. Saliva is the first component to help with digestion. Teeth are the second, followed by the tongue and swallowing.

Saliva has enzymes in it to help break down food stuffs that it recognizes, such as fruits, vegetables, and proteins. Foods created or processed with artificial ingredients are not seen by these enzymes and can get stuck in nooks and crannies in and around the teeth. Teeth help break foods down further into smaller, manageable pieces to ultimately swallow. The tongue and back of the mouth, coated by the saliva, help push foods back and down the throat to be used for energy.
Because we can clean and protect our mouths, they are low priority for our immune systems. And, if our mouths are not properly taken care of, they will deteriorate, just like a car. The American Dental Association recommends brushing for two minutes two times a day and flossing once daily. Those that experience cavities and/or gum disease are suggested to use a mouthwash twice a day after brushing.

The mouth is one part of the overall system of the human body, and it is just as important as the rest of our vital organs. We can protect our mouths by eating well and cleaning on a twice daily consistent basis. Saliva is crucial. Saliva requires quality and quantity. Without saliva, food cannot be broken down, nor swallowed. 86% of medications utilized for chronic conditions cause dry mouth (reduction of saliva). 48% of older adults are dehydrated; 80% of them live in an assisted community. Drinking water is one way of replenishing saliva; using a saliva substitute (mouthwash, spray, lozenge) on a regular basis along with their medication can help. These products help not only with breaking down food stuffs, but with swallowing as well.

Seeing a dentist at least twice a year (the American Diabetes Association strongly encourages diabetics to go three times a year) is one way to help protect the mouth. But what if a loved one cannot get to one? Here are some signs and symptoms when there are mouth-related problems:

This includes not being able to open one’s mouth as big as in the past; like once being able to bite into a bagel and now cannot do so. Also, if the corners of the mouth are red/dry/cracked/bleeding, this can be a sign of Angular Chelitis – a condition caused by mechanical irritation (poorly fitting dentures), nutritional deficiency or a fungal infection due to dirty dentures.

2) Chewing food all on one side or not being able to bite into foods like chicken wings or corn on the cob.

If foods once being able to have been eaten are now being refused, its time to ask if the loved one can not only eat it, but chew it as well. If they own dentures, the quality of the denture needs to be addressed. Does the denture fit appropriately or is it too loose? If they have all their own teeth, are they in pain? Is a tooth broken or cracked? Is a tooth loose? 33% of Diabetics lose teeth during their lifetimes.

3) Foods that aren’t in very small pieces or puree-soft are being spit up.

This occurs when there is either not enough saliva or poor saliva and cannot swallow. We see poor swallowing (dysphagia) in 55% of seniors, and the first possibility is poor saliva. Unfortunately, diseases such as Parkinson’s and Alzheimer’s also cause lack in swallowing normal foods as well over time.

4) Does the loved one slur words?

This could also be a sign of an ill-fitting denture, especially if someone has recently lost weight.

One can start to lose weight due to the inability to eat the foods one was used to.

We can affect our health and our future with the right care. We need the right kind of nutrition to function correctly, improve health, increase energy and support major systems of our bodies at optimum levels. By providing oral care for ourselves and our loved ones, we achieve and maintain overall wellness. Some take better care of their cars than themselves. Shouldn’t it be the other way around?

A Thought Process On Teeth Whitening

Patients of all ages come in on at least a weekly basis asking about teeth bleaching or whitening. They want the “inside scoop” on how to improve their smile. Do over-the-counter stuff work just as well? Does one really have to buy it from a dentist for long-lasting results? They read the websites online, see… 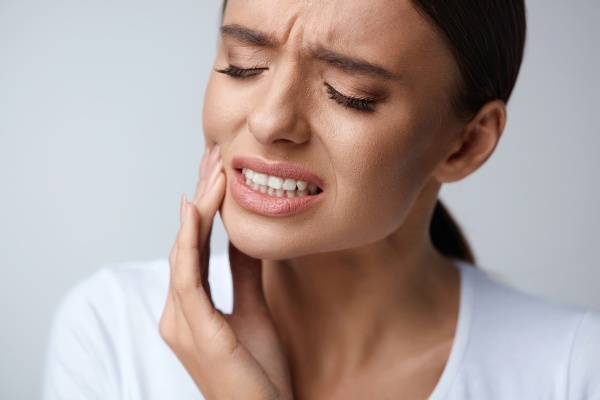 If a dentist has told you that you need root canal treatment, it is usually because you have an infected tooth. Also known as endodontic therapy, root canal therapy can help to repair an infected tooth and save it from extraction. The procedure is relatively simple and involves getting rid of the infected material inside…