A Thought Process on Teeth Whitening

Patients of all ages come in on at least a weekly basis asking about teeth bleaching or whitening. They want the “inside scoop” on how to improve their smile. Do over-the-counter stuff work just as well? Does one really have to buy it from a dentist for long-lasting results? They read the websites online, see how their friends or loved-ones look after whitening their teeth, and then they want it too.

Like everything else, there is no magic pill for improving the color of teeth, unfortunately. But there are some tried and true consistent ways of lightening the shade of teeth. That work. As long as they are used on a regular basis. First, some backround info on teeth:

Teeth have pores. Us dentists call them “enamel rods,” but for the most part, since teeth come from the same stem cells as skin, our teeth are not impermeable, which is why they can stain.

This is an image of a tooth surface at 2000x magnification. Our teeth are obviously susceptible to oral bacteria, which cause cavities (bacterial invasion of a tooth causing a tooth infection), but they are now obviously susceptible to materials that cause stain. Dehydrators significantly darken teeth by reducing the quantity of saliva. Saliva is the great protector for our mouths, and without it or in reduced amounts it cannot break down the things we eat and drink as well as it should, leaving residue. Residue, over time, causes external, then internal teeth staining.

The number one cause of stain is: tea. Of course teas such as green tea have amazing immune system holistic qualities, but their tanins also penetrate into our teeth and over time cause intrinsic/internal teeth staining. Temperature doesn’t matter, nor does the tea type. And sweet tea is the worst due to its high sugar content.

Coffee, a dehydrator, is next in teeth stains. Once again, temperature does not matter. Drinking coffee over time during the day, day after day produces integral stains inside the “pores” that cannot be removed with twice daily brushing, flossing or everyday mouthwash.

Soda, a dehydrator, is number three. The caramel-colored sodas + carbonic acid (carbonation) = teeth stains that are hard to remove after drinking them on a daily basis.

Smoking, another dehydrator, is the fourth. Nicotine is the main cause, but also the high temperature of cigarette, cigar, and pot smoking drys out our saliva, leaving stain in its wake.

The fifth is anything in copious amounts that can stain a white t-shirt. This includes red wine, berries, etc. Brushing teeth at the end of the day after consuming one of these products prevents the stain even over time from becoming internal.

I equate brushing teeth to vacuuming carpets, and whitening teeth to steam cleaning carpets. Teeth whitening is a chemical process in which the whitening material naturally penetrates the teeth “pores”, lifts and breaks down the stains.

Stains are divided into yellows, browns and greys. Grey teeth, usually from infant or early childhood tetracycline consumption, are the hardest to remove. A professional whitening cocktail over a longer period of time (and patience) is necessary to remove those stains, but it has been done.

So, what works best? Truly depends on the person and the type of stains that they have. Age is also a factor. I’ll start with over-the-counter products. All OTC materials are subject to the FDA and thus have to be less than 5% concentration of its active ingredient.

A very common myth is baking soda is THE way to mechanically remove stain from teeth. Baking soda can be horribly abrasive, which can thin enamel, causing massive hypersensitivity. Also, as the enamel thins, the second layer under the enamel begins to show. Known as dentin, this layer is naturally yellow, which will begin to show through. Only dental restorations can then cover the teeth to re-strengthen them and provide a a white smile.

The first safe product on the market was hydrogen peroxide. Hydrogen peroxide teeth whitening is considered to be the safest and most cost-effective way. The base of most teeth whitening products is hydrogen peroxide at some percentage, and the most commonly utilized chemical compounds are carbamide peroxide and hydrogen peroxide. This chemical has been used over a hundred years to whiten teeth due to it’s intense oxidation properties. It is recommended to buy a bottle of 3% hydrogen peroxide at your local pharmacy, then dilute it with 2 parts water. At this concentration, one can rinse with this mixture safely twice a day every day after brushing. This solution also helps promotes good gum health as well! The taste isn’t supreme (due to no added flavors), and it may take up to 6 weeks for the brightening results to start appearing, but it definitely works. And, since it is the ONLY natural whitening agent safe to use on a consistent basis, teeth will never begin to darken in-between “whitenings.”

Crest was the first to come out with a faster, modern way to whiten teeth. Using for 30 minutes each time twice daily after brushing, are to be used every day for two weeks. They then came out with strips that needed less and less amount of time to create whiter teeth. The only problem in real use was that the shorter the time it supposedly took, the increase in teeth sensitivity occurred, especially after consuming cold products. Crest now has added a buffer to neutralize the product to help prevent post-whitening tooth pain, and they also modified the strips by adding their whitening formula to whiten both the front AND back of teeth. Why? Because teeth, being porous, also make them semi-translucent, so by whitening both sides of teeth one can achieve a whiter affect.

Other OTC whitening products soon followed, such as Listerine whitening pre-rinse (can cause a white film in the mouth), Scope (has sugar as its sweetener), and other strips, but, in this dentist’s opinion, none work, or taste, as good as the Crest whitening strips. I would make sure to get the extra-long strips and get the “360 classic,” which is the two-week kind. I recommend using the strips immediately before a special event such as a wedding or reunion, since its strength and subsequent effect is temporary, especially if one consumes any of the above stainers.

The first level of professional, or dentist-subscribed whitening products is the whitening pen.

Usually at 9% hydrogen peroxide concentration, it is applied once daily after brushing and left on for at least 20 minutes up to an hour. Used for up to 2 weeks, this product works well for those that either do not have severely darkened teeth and/or do not consume stainers. Their lasting power, due to the fact that they are almost double what can be bought OTC, is much longer. Also, sensitivity is virtually nonexistent.

Whitening strips are made with higher concentrations as well, but the good harmless ones can only be prescribed by a dentist. These strips are used once daily for sixty minutes, then removed. Hydrogen peroxide, and, in its heated, activated form, carbamide peroxide, is at its most effective for about an hour, when it then lessens in its strength over time. Once again, lasting power is also longer, dependent on habits and oral hygiene. 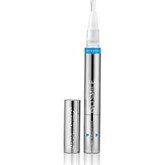 Custom-made whitening trays was the first method of professional whitening, and still a proven way of achieving whiteness. Usually done for two weeks for an hour daily, the gel most often comes in syringes applied in the fold of the trays by the patient. A little bit goes a long way. I recommend applying it and inserting in the bathroom, where one can make sure the trays are in properly and there is not excess material on the gums outside of the trays. All the agent can do is blanch the gums, but then less should be used the following day.

The quickest and most convenient way to have teeth whitened is by having it done for you by a certified dental assistant. In about an hour, a whitening agent stimulated by mouth heat, UV light, or laser, leaches the deepest stains out. The source of activation, studies have shown, doesn’t really matter; all work about the same. This is usually combined with one of the above professional whitening products, to continue and maintain the whitening process. Some in-office whitening procedures require using the custom-made acrylic trays before the whitening appointment. I have a TV with cable and movies to keep patients entertained, but most these days use their smartphones or iPads.

Veneers are the most permanent way of keeping teeth white, no matter the habit. Lab-made, veneers (or laminates) are irreversible restorations that are applied to either prepared or, in special situations, non-prepared teeth through a bonding technique. Patients can pick color, size, and shape. If taken care of properly, I have some patients with ceramic/porcelain veneers that have lasted over 30 years.

Insurance does not pay for any of the above procedures, since both whitening and veneers are considered aesthetic procedures only. Prices range from about $40 for the whitening pen and strips to up to $700 for the combination method of professional in-office whitening. The latest studies say whitening over time produces the best and the longest lasting results, but I truly believe it depends on the patient and the type of stain. When in doubt, ask a dentist what is the best way to go for you. Good luck! 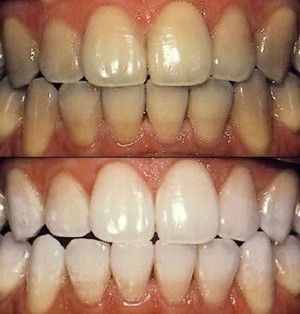 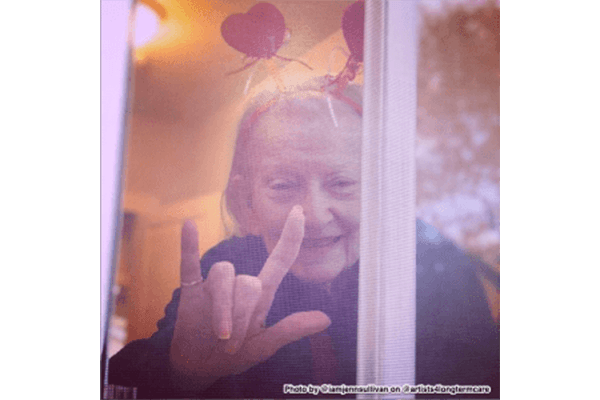 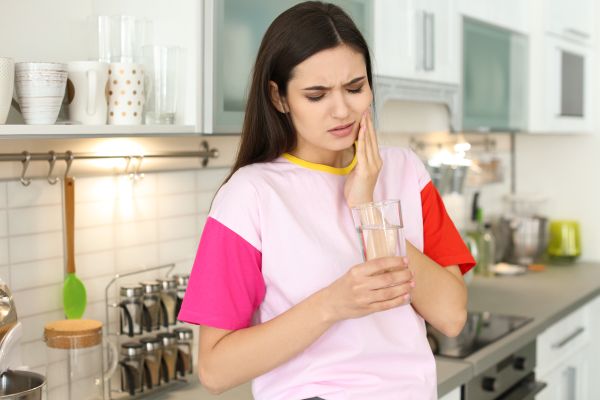 How A Dentist Can Repair A Cracked Tooth

Wondering how dentists repair a cracked tooth? When someone cracks one of their teeth, it can cause minimal or extreme pain. Cracked teeth can also lead to an oral infection, which can spread to nearby areas. Because of this risk, it is essential to visit a dentist for repair. Understanding what can cause a cracked tooth…